The Office of Defense Services (ODS) was established in 2015 by Senate Bill 47. The ODS is comprised of three divisions: Central Administration, the Public Defenders Office, and the Office of Conflicts Counsel.

The Office of Defense Services was established, in part, to expand and restructure Delaware’s public indigent defense system. As a result, the ODS can better defend clients while furthering the vision for indigent defense. For the last several years, including in 2020, the ODS was named by the News Journal as one of the top workplaces in Delaware. 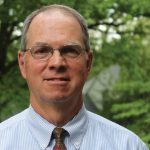 Kevin O’Connell is the Chief Defender of the Office of Defense Services. He was appointed to this position by Governor John Carney in May 2021.

Mr. O’Connell has more than 30 years of experience representing indigent criminal clients. He has been with the ODS since 2005, most recently as the head of the New Castle County Division and head of the office’s Superior Court Unit.

Prior to that, O’Connell was in private practice.

O’Connell is a Fellow of the American College of Trial Lawyers and a founding member of the Delaware Association of Criminal Defense Lawyers. He is a graduate of Vanderbilt University and Widener University Delaware Law School.

He was awarded the ACLU of Delaware’s Clarence Darrow Award in 2018.

Mr. Conner is a graduate of Dickinson College and he received his Juris Doctorate from Widener University School of Law. He has been a member of the Delaware bar since 1991.

Mr. Conner began his legal career at the Public Defender’s Office in 1991. As an assistant public defender, he has represented clients in all state trial and appellate courts. In 2005, he became the supervising attorney of the New Castle County Superior Court unit. In this capacity, he was responsible for the supervision of all felony trial attorneys and he acted as a liaison between the ODS and the courts.

He also represents the ODS on various criminal justice committees and initiatives. 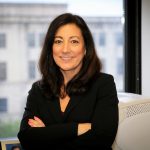 Lisa Minutola is the Chief of Legal Services for the Delaware Office of Defense Services. She has served in that position since 2009.  Prior to that, she litigated cases in all state courts and served as a supervising attorney.

Ms. Minutola is responsible for the office’s policy initiatives and legislative agenda.  In addition, she represents the office on multiple boards and committees related to criminal and juvenile justice.  Recently, she helped secure nearly $1 million in grant funding to Delaware to improve indigent juvenile defense.

Ms. Minutola is the recipient of the Delaware Center for Justice’s SURJ Award for criminal justice reform and the Delaware State Bar Association’s Service to Children Award.  In 2017, she was appointed as the co-director of the National Juvenile Defender Center’s Northeast Region.  She is also a certified Juvenile Training Immersion Program trainer.  She has a bachelor’s degree from the University of Delaware and a J.D. from the George Mason University School of Law.

Stephanie Volturo is Chief Conflicts Counsel for the Office of Conflicts Counsel, a position she has held since the office was established in 2011. After graduating from law school, Ms. Volturo moved to California and began her career working in intellectual property law. However, her commitment to public service brought her to Delaware to earn a Master’s Degree in Urban Affairs and Public Policy from the University of Delaware, and to begin her career in criminal defense and advocacy.

Prior to joining the Office of Conflicts Counsel, she helped to administer the conflicts program as the staff attorney for the Administrative Office of the Courts and served as the Executive Director of SURJ, a nonprofit organization dedicated to reforming Delaware’s criminal justice system. Ms. Volturo is a graduate of Villanova University and received her J.D. from Temple University School of Law in 2000.

Divisions of the Office of Defense Services

This division provides administrative and executive oversight and support to the Public Defender’s Office and the Office of Conflicts Counsel. Staff within the division play key roles to develop and implement policies and procedures for the Office of Defense Services, handle personnel and legal issues, advocate for criminal justice reform, and plan and conduct staff training and continuing legal education programming.

The Office of Conflicts Counsel

Lawyers within the Office of Conflicts Counsel (OCC) represent people when the Public Defender’s Office cannot provide legal representation due to conflicts of interest. The OCC is comprised of a network of private practice attorneys.